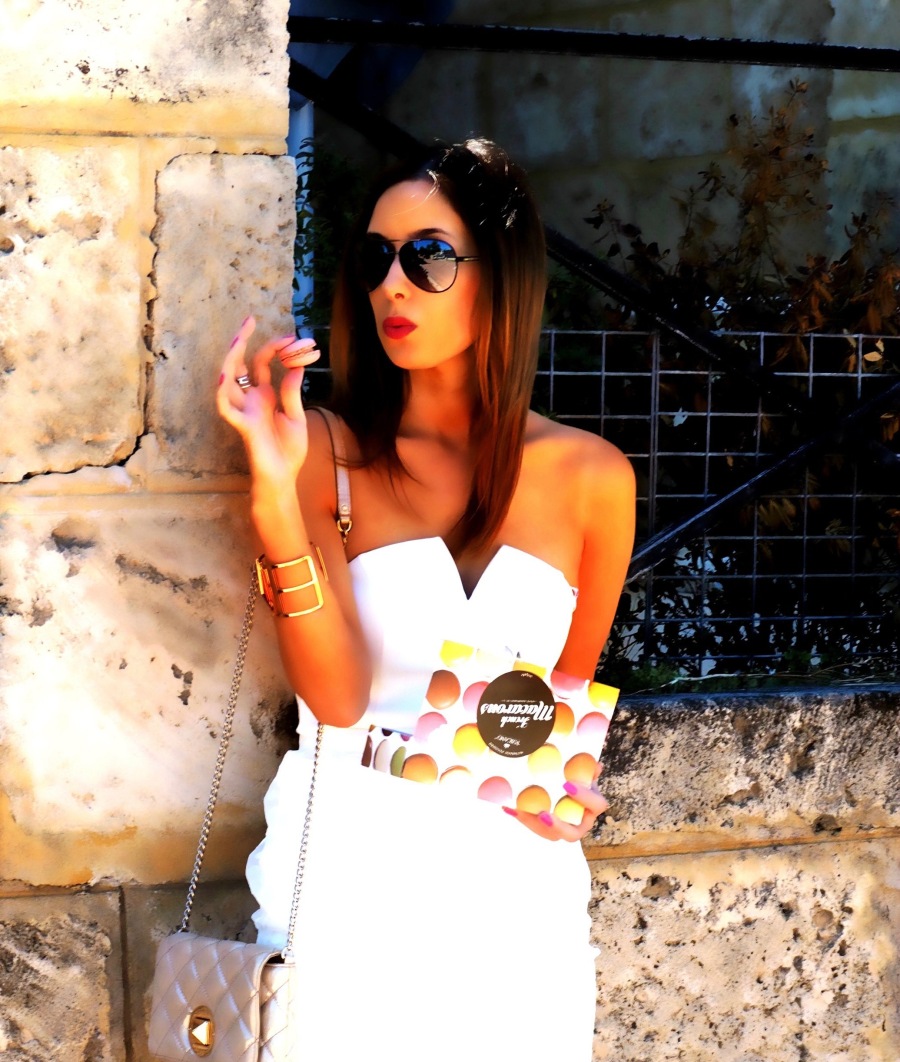 Brightly coloured, pillowy and sweet flavoured, macarons are one of the most famous and appreciated French desserts. This meringue-based sweet features many colours and flavours, including classic Salted Caramel, Lavender & Honey and Strawberry Cream, just to name a few! Initially the macaron was a small sweet made of almonds, egg white and sugar and featured a crunchy outside yet still soft on the inside. 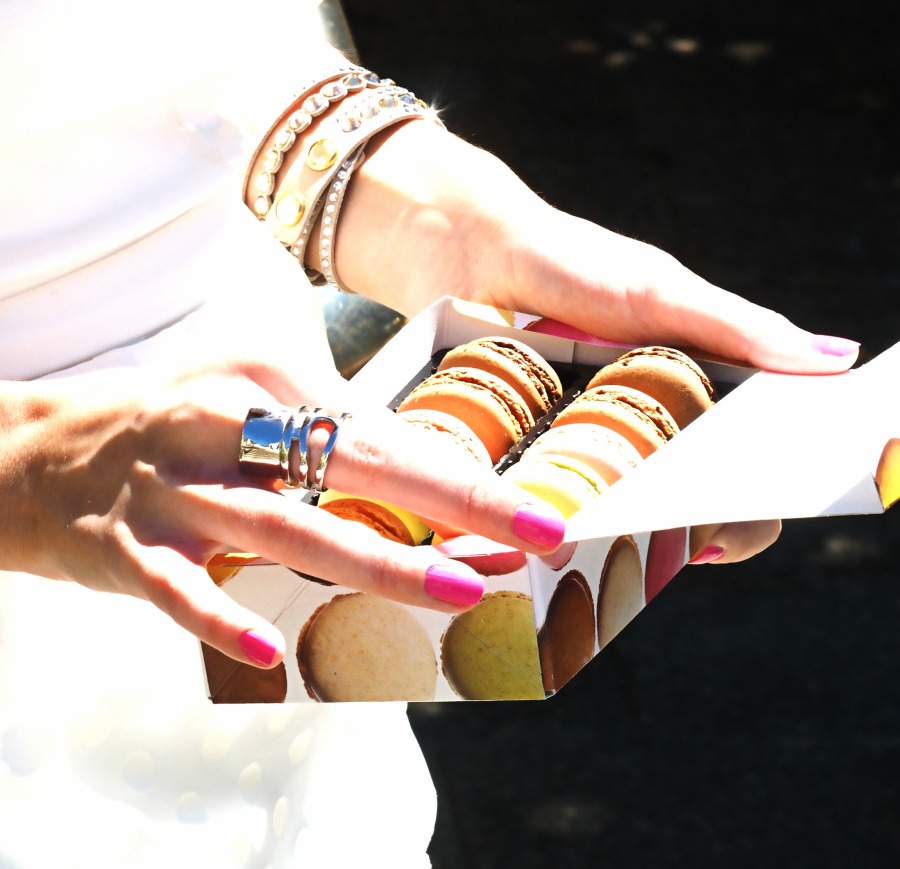 Macarons can be described as elegant petite sandwiches made from meringue, almond flour and buttercream filling.(The macaron is very difficult to make as it can easily become smashed and its crust can break during cooking)

History of the Macaron 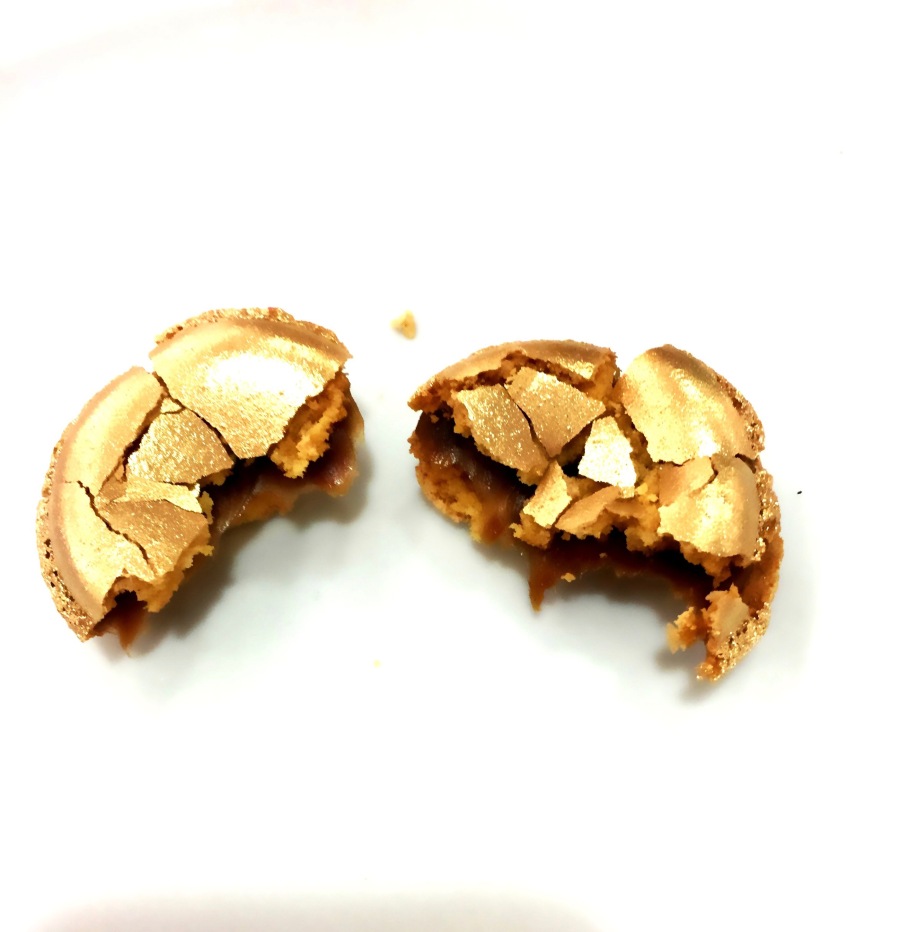 Whilst the French will take credit for the macaron, Catherine de’ Medici likely brought the first macaron to France in the 16th century from Italy where it had been produced in Venetian monasteries, since the 8th century. Even once being called a ‘priests bellybutton’ due to the pastry shape! France played a significant part in the role of the macaron’s history as this is was the location where this confection first gained huge popularity.

The macaron eventually went on to make its debut on the big screen by first appearing in Sofia Coppola’s 2006 film Marie Antoinette, in which the Queen is surrounded by luscious pyramids of multi-coloured macarons. Another iconic TV series that featured the macaron was Gossip Girl. During season 4, (Juliette Doesn’t Live Here Anymore), Blair Waldorf was shown in a bubble bath eating a box of Laduree macarons whilst desperately resisting the urge to answer any incoming calls from bad boy Chuck Bass.

One of the most famous and recognisable French bakeries in the world, Laduree sell some of the most delicious macarons that you are likely to ever taste. Situated on the Champs Elysees, this destination patisserie is one of the most visited places and a must on your travel itinerary. If you are already fortunate to have visited this divine place then you will know exactly what I’m talking about, still to add on my bucket list! 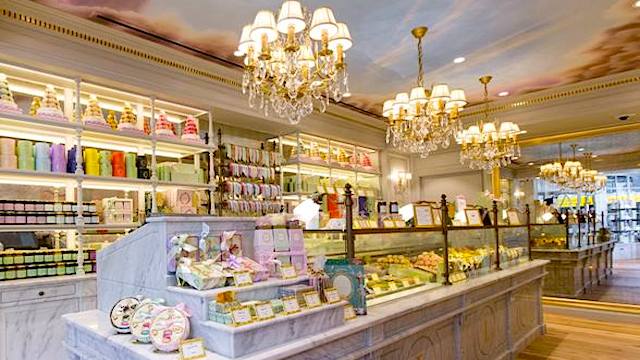 For those of you who may not be familiar with this iconic bakery, here is a brief background. In 1862 Louis Laduree founded the humble bakery in Paris and ever since then has made its way into hearts all across the world. Laduree embodies centuries of French history and culture, and to give you just an idea of how popular this bakery is, each day 15,000 double decker macarons are sold!

As previously mentioned, the macarons that made their way onto the screen from Marie Antoinette & Gossip Girl  were indeed supplied by Laduree. Furthermore, Laduree has even collaborated in the past with fashion designers such as Christian Louboutin and Marni.

Where to Find the Best Macarons in Perth 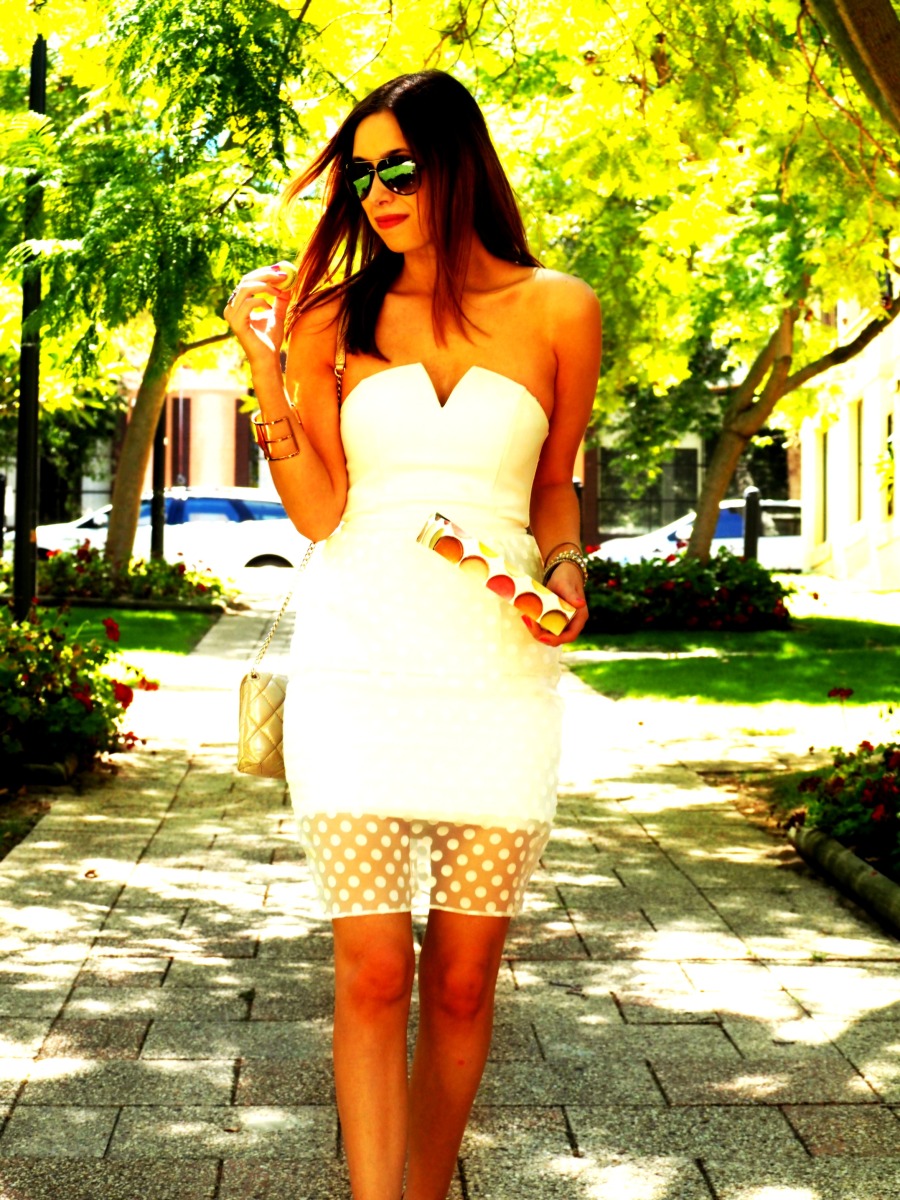 Closer to home,you don’t have to look far for where to find Perth’s best macarons. Located on Hay Street in the Perth CBD, Jean Pierre Sancho is the ultimate destination for French delicacies serving some of the finest you will likely to try in Perth. Macaron flavours include, Coconut, Green Tea, Pistachio, Strawberry, Honey Macadamia, Salted Caramel, Coffee, Raspberry and Blackcurrant. 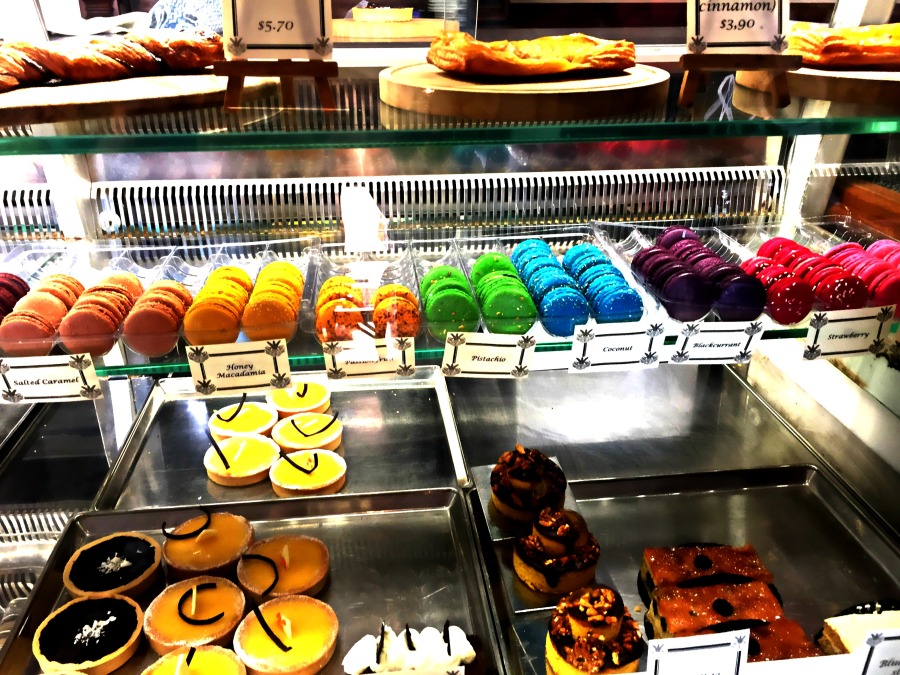 In 2010, Jean Pierre Sancho opened the first bakery (outside of France) in Perth on Hay Street. With what could be considered a success, the French bakery was further awarded the “Best Bakery in Australia”, in June 2011. Following the early success, Jean Pierre Sancho have gone on to open another four bakeries in Perth. 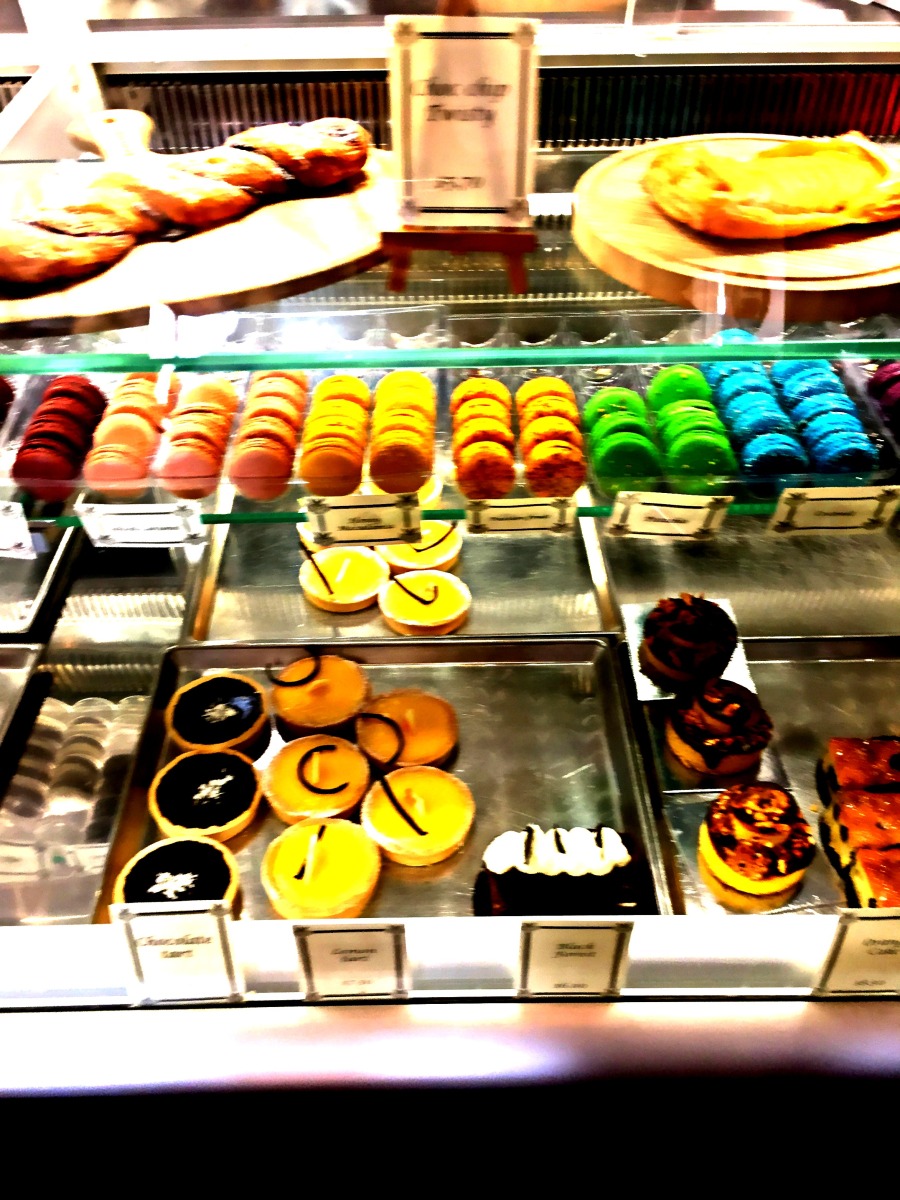 For further convenience, Jean Pierre Sancho have made it possible for its customers to order a box of  6, 12 or 24 macarons online. Once you have placed your order, simply pick up the macarons at your allocated store/location (for those of you who may work in the city, what a perfect way to treat yourself during the day). All food is made from scratch in the Hay Street kitchen, using only the very best local natural ingredients.

In addition to French destination Jean Pierre Sancho, there are other patisseries, bakeries and cafes that all sell macarons in the city. It would be impossible to list them all, however I recently came across an unlikely spot selling some of the most visually attractive macarons, that is the David Jones Bakery counter, located on the lower level of the Murray Street Mall Store.

This decadent display cabinet ( photographed above) boasts some of the most visually attractive macarons that I have seen. Flavours include, Cookies & Cream, Chocolate Royale, Mon Cherie, Watermelon, White Chocolate, Blood Orange plus may more! At just $2.75 per macaron it’s definitely worth trying a few different flavours. 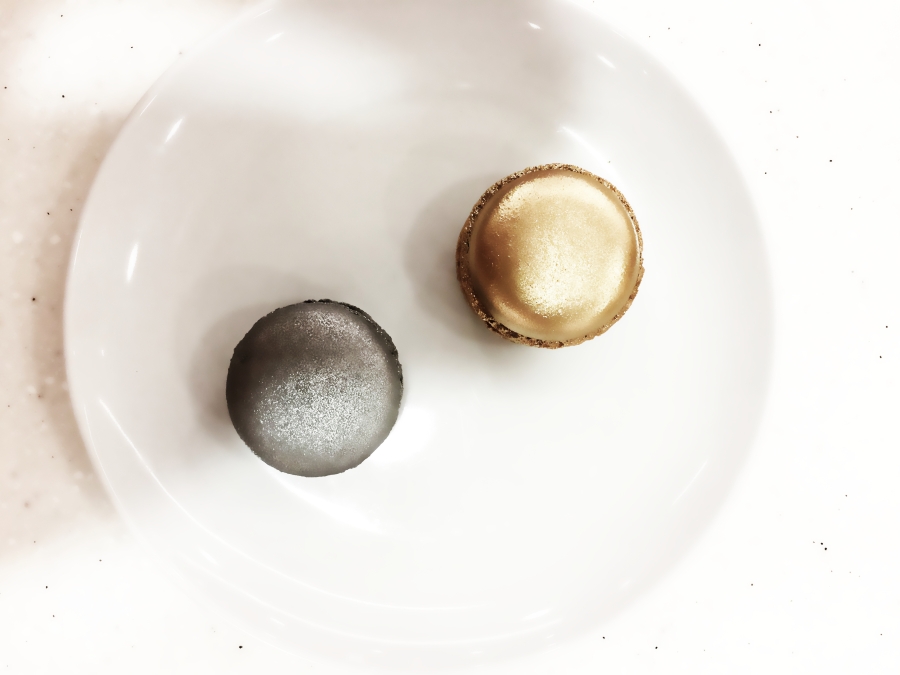 Pictured above is the Blueberry Bling Macaron accompanied by the Hazelnut Praline Macaron, two of the most fancy and glitzy macarons I have ever seen, not to mention they also tasted amazing! I was more than happy to just endlessly admire the beauty of these creations whilst they effortlessly complimented my accessories 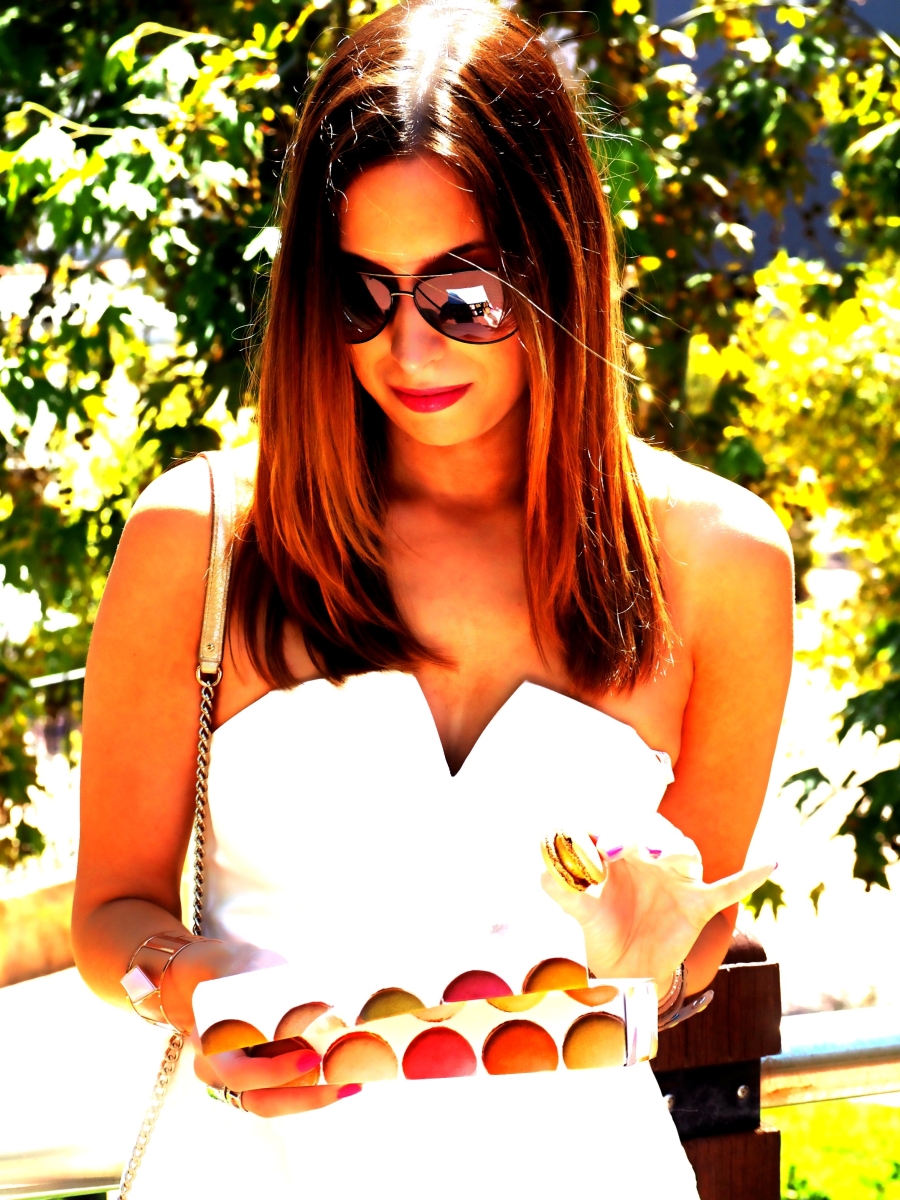 P.S I would love to know your favourite macaron spots, whether it be local or international, so please feel free to leave a comment if you have a special place that’s worth sharing.